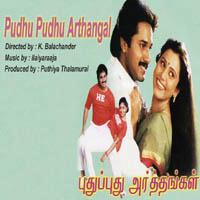 All the world's a stage, but most of us are stagehands.

If the grass is greener in the other fellows yard, let him worry about cutting it.